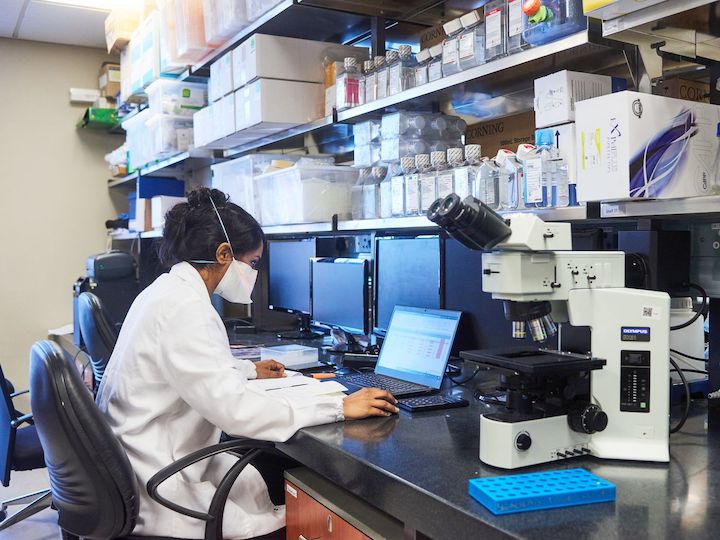 Studies at leading institutions may result in therapeutic approaches for PSP, CBD, FTD, and related diseases.

Diseases like progressive supranuclear palsy (PSP), corticobasal degeneration (CBD), and frontotemporal dementia (FTD) are caused by the toxic accumulation of a naturally resident protein in the brain called tau that leads to the destruction of neurons. Symptoms include loss of motor control, behavioral disinhibition, cognitive impairment, and difficulties in swallowing and speech. They are termed “prime of life” neurodegeneration because, unlike Alzheimer’s disease, they frequently strike in middle age. They are currently incurable and largely untreatable.

Dr. Rachel Bailey of the Center for Alzheimer’s and Neurodegenerative Diseases at UT Southwestern Medical Center in Dallas will study gene replacement therapy to combat toxic accumulation of the tau protein. Dr. Bailey will test a way to use a virus to deliver two types of RNA: one to prevent the manufacture of abnormal tau and the other to encode an aggregation-resistant form of tau.

Dr. Daniel H. Geschwind of UCLA’s Department of Neurology and his team will test four new, orally available drugs in mice genetically engineered to produce abnormal tau protein. The drugs enhance the activity of an enzyme called puromycin-sensitive aminopeptidase. This enzyme cuts up tau protein and enhances the brain cells’ autophagy system, which disposes of some types of abnormal proteins, including tau.

Dr. Maria Catarina Lima da Silva of the Department of Neurology of Massachusetts General Hospital and Harvard Medical School in Boston will, like Dr. Geschwind, investigate small-molecule activators of autophagy to clear toxic protein accumulation in the brain. Rather than using mice, Dr. Lima da Silva’s approach will utilize neurons grown from stem cells derived from skin biopsies of human patients. She will study orally available compounds that activate an enzyme called ULK1, an autophagy enhancer.

Dr. Marta Olah of Columbia University’s Department of Neurology in New York City will study microglia, the resident immune cells of the brain, which in recent years have been shown to be a major participant in the neurodegenerative process. Dr. Olah will use a new method to sequence the RNA in individual microglial cells, creating a map of which cells are encoding which proteins in proximity to degenerating neurons. This study could generate new insights into the disease process and new targets for drugs.

CurePSP’s Venture Grants are awarded twice a year. Applications are reviewed and recommended to CurePSP’s board of directors by an independent scientific advisory board. The next application deadline is December 17, 2021.

CurePSP is the nonprofit advocacy organization focused on progressive supranuclear palsy (PSP), corticobasal degeneration (CBD), multiple system atrophy (MSA), and other prime of life neurodegenerative diseases, a spectrum of fatal brain disorders that often strike during a person’s most productive and rewarding years. Currently, there is no effective treatment or cure for these diseases, which affect more than 150,000 people in the U.S. alone. Since it was founded in 1990, CurePSP has funded nearly 200 research studies and is the leading source of information and support for patients and their families, other caregivers, researchers and doctors, and allied healthcare professionals. CurePSP is based in New York City. Please visit www.curepsp.org for more information.