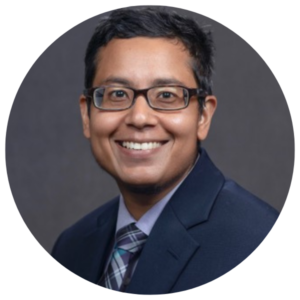 Tau protein (encoded by MAPT gene) is crucial for neuronal activity, maintenance, and regulation of molecular transport across neurons. However, tau in its abnormal form contributes to various neurodegenerative  diseases commonly  called tauopathies. Genome  wide  association  studies (GWAS) on these diseases have identified disease specific, independent, strong risk signals in the TAU locus which encompasses MAPT and its neighboring genes. However, most GWAS signals are not the actual effector variant but merely linked to it. Therefore it is essential to identify the actual effector variants to understand how they cast their influence in the disease pathogenesis so that drugs can be developed towards specific targets to combat the disease. rs242557is a single nucleotide polymorphism (SNP) that has been consistently identified as an independent, strong GWAS signal or Parkinson’s disease (PD) and tauopathies including Progressive supranuclear palsy (PSP), Corticobasal degeneration (CBD) and Alzheimer’s disease (AD). It is located in the first intron of MAPT and is predicted to be within an enhancer element. Here we propose to knock out rs242557along with its flanking sequences in two human brain relevant cell lines using CRISPR-Cas9genome editing. We will then study the expression of MAPT and the neighboring  genes  both  at  mRNA  and  protein  levels to identify if the  SNP  contributes in regulating the expression of gene(s)in the TAU locus. Since rs242557 is conserved across species, similar editing will be performed on the syntenic nucleotide in mice to study the same genes and their proteins in specific brain areas of neonatal and adult mice. Through this work we aim to bridge the gap between one of the biggest GWAS hits in the TAU locus after the H1 haplotype and finding the actual gene targets of the effector variant