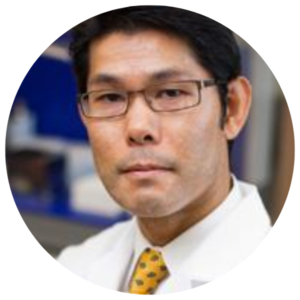 Progressive Supranuclear Palsy (PSP) is a fatal neurodegenerative disorder that affects approximately 20,000 people in the U.S., though it is likely underdiagnosed because of lack of experience with the disease by many physicians. Therefore, it is extremely important to find the pathophysiological basis and a treatment of this devastating disease.  Although we have gained significant knowledge in pathology and human genetics of PSP in the last several years, the progress of understanding the disease mechanism is significantly hampered by  the lack of testable animal models of PSP.

Professor Ikezu and his team will perform histological and behavioral examination to assess if this approach develops an animal model consistent with PSP.  They will also target a gene called syntaxin-6, which has been newly associated with PSP. Syntaxin-6 regulates protein transport in the cells, and its dysfunction may be toxic to neurons. Professor Ikezu’s lab will examine if suppression of syntaxin-6 expression accelerates aggregation of tau protein or degeneration of neurons in the virus-mediated gene transfer to PSP mouse model.  These molecules have never been tested to develop a PSP animal model.