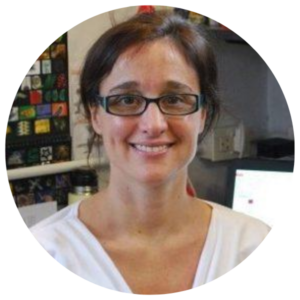 The protein Tau is mainly expressed in neurons and has a relevant role in neuronal activity, in cytoskeleton structure and contributes to regulate the transport of molecules through the neuronal axon. The presence of abnormal tau, which may occur due to genetic or sporadic factors, induces several neurological disorders known as tauopathies. The brain of a healthy adult human contains equal amounts of two variants of tau which are named 3R and 4R. The balance between the two variants is necessary for the fine regulation of neuronal function; and imbalances in their relative content have been related with several neurodegenerative disorders, including PSP. Yet, the physiological consequences affected by such imbalance need to be further studied, as well as the development and improvement of refined molecular tools in order to restore the equilibrium between tau variants.

In this project we will investigate how perturbations of the normal content of the 3R:4R tau alters neuronal activity and the transport of molecules trough the neuronal axon in human neurons in culture. In addition, we will investigate motor and cognitive deficits in a mouse model that contains abnormal relative content of the tau forms in the brain. Mice will be tested in a battery of behavioral analyses and their neuronal activity will be analyzed in the specific brain areas usually affected in PSP. Finally, we will validate an experimental gene therapy strategy to modulate the balance of tau forms into the brain of these mice.  These molecules will be tested to treat mice at early or advanced stages of tau disease and we will analyze the recovery of cognitive/motor deficits and neuronal dysfunction. With this research we aim to contribute to set the grounds for rational therapeutic strategies for PSP and other tauopathies linked to tau isoforms imbalance.