Accelerating a cure for neurodegenerative diseases; a unique partnership between Penn Medicine and CurePSP

Training the body’s own blood cells to target and eliminate abnormal tau.

CurePSP has provided ongoing funding for the groundbreaking work in tau immune therapy ad Penn’s Center for Neurodegenerative Disease Research (CNDR). Two of the nation’s top researchers in neurodegenerative disease, Virginia M.-Y. Lee and John Q. Trojanowski direct the CDR.  Drs. Lee and Trojanowski are credited with seminal discoveries in each of the major neurodegenerative diseases, including the pivotal finding that the protein “tangles” in Alzheimer’s brains are composed of tau. These tangles are also found in related brain diseases such as PSP, Parkinson’s, frontotemporal dementia (FTD) and amyotrophic lateral sclerosis (ALS). Since this breakthrough discovery, Drs. Lee and Trojanowski have dedicated their lives to fighting tau. Thirty years of collaborative experience with industry, academic and clinical partners give Drs. Lee and Trojanowski a practical edge in drug development. The CNDR can facilitate the complex process of bringing promising new treatments to the patients who need them.
Recent advances in immune therapy make it possible to train the body’s own blood cells to target and eliminate abnormal tau. Immune therapy could arrest the spread of abnormal tau within the brain, brining related brain disease like PSP, Alzheimer’s, Parkinson’s, FTD and ALS to a halt. With donor support, Penn’s CNDR and CurePSP can reach its goal of identifying a specific antibody to advance for immunotherapy clinical trials. 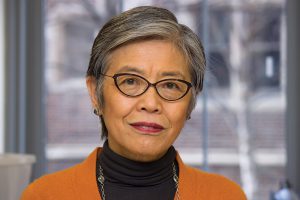 Dr. Lee obtained her PhD in Biochemistry from the University of California San Francisco (1973) and an MBA at the Wharton School (1984). Her work was instrumental in demonstrating that tau α-synuclein and TDP-43 proteins form unique brain aggregates with a central role in numerous degenerative diseases, including Alzheimer’s, Parkinson’s, frontotemporal dementias and amyotrophic lateral sclerosis. Dr. Lee is a member of the Institute of Medicine and the American Academy of Arts and Science, and her research on Alzheimer’s disease has won her numerous awards. 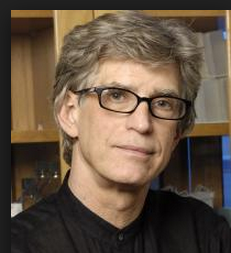 For more than 15 years, Dr. Trojanowski has conducted research on AD, PD, motor neuron disease, dementia with Lewy bodies (DLB), frontotemporal dementias (FTDs) and related disorders. With over 500 publications, the majority of his work focuses on the pathobiology of neurodegenerative disorders, especially the role of abnormal filamentous protein aggregates in these diseases. Dr. Trojanowski obtained his MD/PhD from Tufts University in 1976.