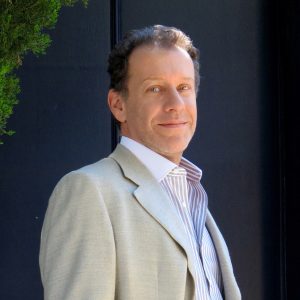 Testing an experimental drug in mice to prevent the abnormal aggregation of proteins.

Progressive supranuclear palsy (PSP) is one of several fatal neurodegenerative diseases known as tauopathies in which the brain protein tau loses its native structure. As a result, the molecules of this protein clump together into toxic aggregates that kill neurons in certain areas of the brain causing debilitating symptoms, such as loss of balance and other gait disturbances, dementia, slurred speech, difficulty swallowing and difficulty moving the eyes.

Because the common underlying pathological mechanism in these diseases involves the abnormal clumping of tau molecules, preventing the clumping and the formation of toxic aggregates is an attractive strategy for developing drugs against PSP and other tauopathies. The investigator has developed an experimental drug called CLR01 that effectively prevents the abnormal clumping of tau and other proteins.

Previously, CLR01 was found to be effective in animal models of Alzheimer’s disease, Parkinson’s disease and systemic amyloidosis. The current project will test the effect of CLR01 in a mouse model of tauopathy at a disease stage in which multiple symptoms are apparent in the mice to investigate whether CLR01 can treat the disease. The study expects to support further development of CLR01 towards initiation of clinical trials.

We proposed to conduct a proof-of-concept (PoC) study examining the potential therapeutic effect of the molecular tweezer, CLR01, in the PS19 mouse model, which expresses human tau containing the FTD-associated P301S substitution. CLR01 had been shown in a previous study to reduce both amyloid plaques and neurofibrillary tangles in the 3×Tg mouse model of Alzheimer’s disease. The main question we aimed to answer in the PoC study was whether CLR01 could affect tau pathology directly or if the therapeutic effect in the 3×Tg model was mediated through reduction of amyloid burden.

The study included one behavioral test—grip strength, followed by biochemical and immunohistochemical (IHC) analysis of the brain after sacrificing the mice. The treatment produced no adverse effects in any of the wild-type or transgenic treatment groups compared to the mice receiving vehicle. Encouragingly, the treatment was found to improve the decline in grip strength in the transgenic mice to the level of wild-type mice. This impact was observed primarily in female mice, which showed a stronger decline in strength. Biochemical and IHC analyses are underway. Initial analysis shows a significant reduction in astrocytosis, a measure of brain inflammation, in CLR01-treated versus vehicle-treated mice. Again, the effect was found primarily in female mice, which showed a stronger deficit.