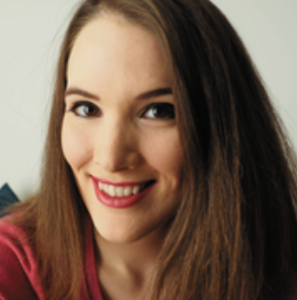 Understanding the buildup of tau protein in cells associated with neurodegenerative diseases known as tauopathies is key to prevention.

It is the focus of Dr. Katherine Bowles’s work at the Goate laboratory at Mount Sinai Health System’s Ronald M. Loeb Center for Alzheimer’s Disease. The mission of the lab is to gain insight into the molecular basis of these diseases in order to discover new targets for therapeutic development. This includes using genetic and genomic approaches to identify susceptibility in DNA as well as genome-wide association studies and whole genome/exome sequencing in families affected by disease.

Dr. Bowles’s work compares common and rare variations of tau in thousands of individuals both with and without neurodegeneration. She is also investigating how tau is regulated in the brain to determine which forms cause brain cells to die and lead to disease. Gaining insight into tau variation and regulation will shed light on why some people develop these tauopathies and how they can be prevented.

Results: Tau is a protein that is involved in several different neurodegenerative diseases, called ‘Tauopathies.’ Progressive Supranuclear Palsy (PSP), Corticobasal Degeneration (CBD), Frontotemporal Dementia (FTD) and Alzheimer’s disease (AD) are all classified as Tauopathies, as the Tau protein aggregates within brain cells in all of these diseases. While Parkinson’s disease (PD) does not have any obvious Tau aggregation in the brain, it has been genetically associated with Tau. We have been investigating how variation in the Tau gene, called MAPT, may increase the risk of developing a Tauopathy. Specifically, we have been looking at MAPT haplotypes in people with PD and PSP. A ‘haplotype’ is a particular version of a gene. There are two major haplotypes of MAPT, referred to as H1 and H2. The H2 haplotype occurs in a minority of the population, but has been associated with protection against the development of Tauopathy. In contrast, the H1 haplotype is considered to increase the risk of developing a Tauopathy, particularly PSP. However, there are many different variations within the H1 haplotype (called ‘sub-haplotypes’), which by themselves, may be protective or have no effect on the risk of developing Tauopathy. By using large genetic datasets from of thousands of individuals, we have identified specific H1 sub-haplotypes associated with risk for and protection against PD and PSP. In addition, we have found that sub-haplotypes associated with risk are also associated with altered levels of expression of genes that may contribute to Tauopathy, as well as a potential association with the structure of the DNA surrounding the MAPT gene. The sub-haplotypes associated with PD or PSP are different from each other, suggesting that different versions of MAPT and Tau can increase risk for different Tauopathies, which could explain why several very different diseases can associated with the same gene.

Back to our list of current venture grants
We use cookies on our website to give you the most relevant experience by remembering your preferences and repeat visits. By clicking “Accept All”, you consent to the use of ALL the cookies. However, you may visit "Cookie Settings" to provide a controlled consent.
Cookie SettingsAccept All
Manage consent