A Review and Proposal for New Research Studies on Guam and in Umatac Village, 2013: Assessment of Guam PDC/ALS in 2013-2014 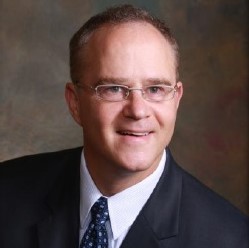 Study of a complex of neurodegenerative conditions specific to Pacific geographies may lead to a broader understanding of the disease spectrum.

The ALS/ Parkinsonism-dementia complex (ALS/PDC) is a neurodegeneration of indigenous Chamorros of the Mariana islands which has caused illness in successive generations of families for more than two centuries. It occurs also in families of the Kiii peninsula in Japan and West New Guinea, and appears unique to these three Pacific isolates, not occurring elsewhere in the world.

ALS/PDC is a polyproteinopathy that accumulates 3R and 4R tau, beta amyloid, alpha synuclein, ubiquitin and TDP-43. Its phenotypes are diverse, resembling postencephalitic parkinsonism, atypical parkinsonisms (including PSP and CBD), Alzheimer-type dementia and ALS or combinations thereof, yet its immunohistopathology is always the same, and does not distinguish the phenotype. Because of significant clinical and pathological overlap with PSP and CBD, it is included in the research mission of CurePSP, for study as a related disease.

The ALS/PDC prevalence by birth year began to decline in the 1920’s, and in 2013 no new ALS/PDC cases born after 1951 apparently have been identified in Guam. Since the mid-1950’s, the ALS/PDC incidence has declined by its phenotypes (ALS first, then parkinsonism, and now dementia), and the age of onset has steadily increased. In 2013, ALS might no longer occur, parkinsonism is less common, and now Alzheimer-type dementia remains prevalent in senescent Chamorros. Although ALS/PDC has occurred throughout Guam, the greatest concentration per capita of cases is at its epicenter in the village of Umatac4.

The current prevalence of ALS/PDC in Umatac and surrounds is not established. There are several reasons to determine this. If ALS is no longer present and if PDC is declining (and not appearing in younger persons), this might help narrow down possible etiologies for this neurodegenerative spectrum disorder. It will also be essential to identify all remaining cases of ALS/PDC, PDC or related conditions, as they might be necessary to unlock the mystery to this enigmatic disorder. Several studies under this grant include RNA expression, EM analysis of autophagic function and transmission experiments, using fresh brain and blood samples.