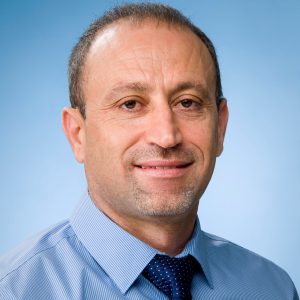 Establishing the role of tau oligomers in PSP pathogenesis to develop a disease-modifying therapeutic approach.

The aggregation of defective tau protein plays a critical role in progressive supranuclear palsy (PSP) and other neurodegenerative diseases. In a healthy person’s brain, tau supports a variety of important cell functions. In diseased brains, however, tau is somehow corrupted and forms different aggregates, the most prominent known as neurofibrillary tangles (NFTs).

The investigator’s recent studies suggest that NFTs are not the most toxic tau entities in tauopathies, including PSP. Rather, the evidence supports the theory that tau oligomers, which are made from two or more tau monomers, are the cause of toxicity in neurodegenerative diseases. Moreover, the investigator has shown that tau oligomers isolated from PSP brains are able to multiply themselves. They can rapidly convert functional tau monomers into toxic oligomers. This self-propagation seems to be a driver of disease progression in PSP and other neurodegenerative diseases.

The aim of this study is to fully characterize tau oligomers in PSP, establish their critical role in disease pathogenesis and evaluate potential antitau oligomers in order to develop a disease-modifying therapeutic approach.

The study plans to achieve these goals using novel antitau oligomer-specific monoclonal antibodies (TOMAs). These antibodies, which the investigator developed recently, do not recognize the soluble functional tau or mature NFTs. They are accurately able to identify tau oligomers alone. TOMAs have been shown to be effective in preventing and reversing the toxic effects of tau oligomers. In summary, this project will yield results with great capacity to advance diagnostic and therapeutic applications targeting toxic tau oligomers in PSP.