Disease in a Dish Model of PSP

This study is generously funded by a grant from the family of Pierre Gervais.

Using human stem cells to study the causes of pathological tau buildup in the brain. 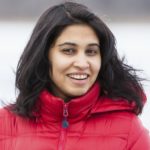 Progressive Supranuclear Palsy (PSP) is a currently incurable disease in which certain cells in the brain begin to die, often in the prime of life. We know from post-mortem studies that patients with PSP show buildup of a protein called tau in the cells in the frontal cortex, and this is thought to be the cause of death. This study seeks to find cause and prevention of this tau accumulation.

The answers to these questions lie in studying the same human brain cells that are affected in PSP patients, but until very recently, this was not possible. Just 10 years ago, a technology was invented that completely changed the landscape: Human induced pluripotent stem cells (iPSC) can be made by taking a small skin biopsy, and transforming them into billions of cells in the culture dish that are close to the patient’s own brain cells. Not only that, they can be made to grow in 3D so that they resemble microscopic “PSP organoids” to provide an even better model. Patient-derived iPSC lines carrying mutations in tau that can lead to PSP provide the best possible chance of finding a solution. iPSC lines from patients with tau mutations are already in hand.

This study sets up 3D IVS10+16 PSP organoid cultures so the disease can be studied over many months, capturing the changes that mimic those happening in patients. By comparing the mutant lines to the controls, changes at cell and molecular levels are being studied that are specifically associated with certain mutant tau, with the goal of identifying new insight into the causes of PSP.

Results: At the completion of this 1-year project, we established reproducible protocols to produce iPSC-derived cerebral cortical and midbrain organoids without the use of a bioreactor platform. We analysed the resulting organoids by qPCR and cryostat section immunostaining and detected some evidence of a Tau phenotype in the IVS10+16 mutant organoids that was not seen in control lines. Moreover, the IVS10+16 line robustly developed 4R tau. These protocols can now be extended to multiple control and mutant lines to explore the molecular mechanisms underlying PSP and they offer the potential for 3D modelling and drug testing.
We are enormously grateful to the Gervais family for the opportunity to perform this work.