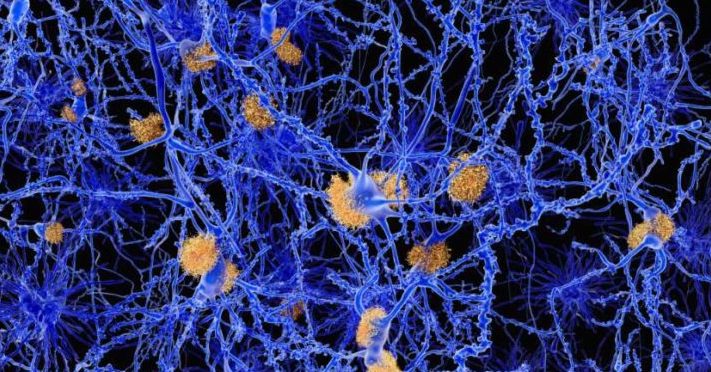 Great news for people with Alzheimer’s disease: A monoclonal antibody for intravenous infusion called “lecanemab” has been found to slow the rate of worsening of early-stage AD by 27%. The Japanese drug company Eisai, which developed the drug, and the US company Biogen, which is assisting in the testing, jointly announced the news on September 26. If approved by the FDA, lecanemab would be the first drug available to slow the underlying disease progression in AD rather than merely treating the symptoms, as Aricept and other existing drugs for AD do.

In almost all neurodegenerative diseases, one or more proteins forms clumps called “aggregates” in brain cells. Lecanemab is an antibody directed against beta-amyloid, which is one of the two proteins that aggregate in AD. The other such protein is tau, which of course is the one protein that aggregates in PSP and CBD. In MSA, the protein is alpha-synuclein. Beta-amyloid protein is not involved in PSP, CBD or MSA. Two different monoclonal antibodies directed against the tau protein have failed to slow progression in PSP. Nevertheless, the lecanemab news is welcome for people with PSP, CBD and MSA. Here’s why:

So, we congratulate those in the AD world on this successful trial, which we hope and expect will be the first of many, and we take heart that this “proof of principle,” as scientists call it, can soon be applied to PSP, CBD and MSA.