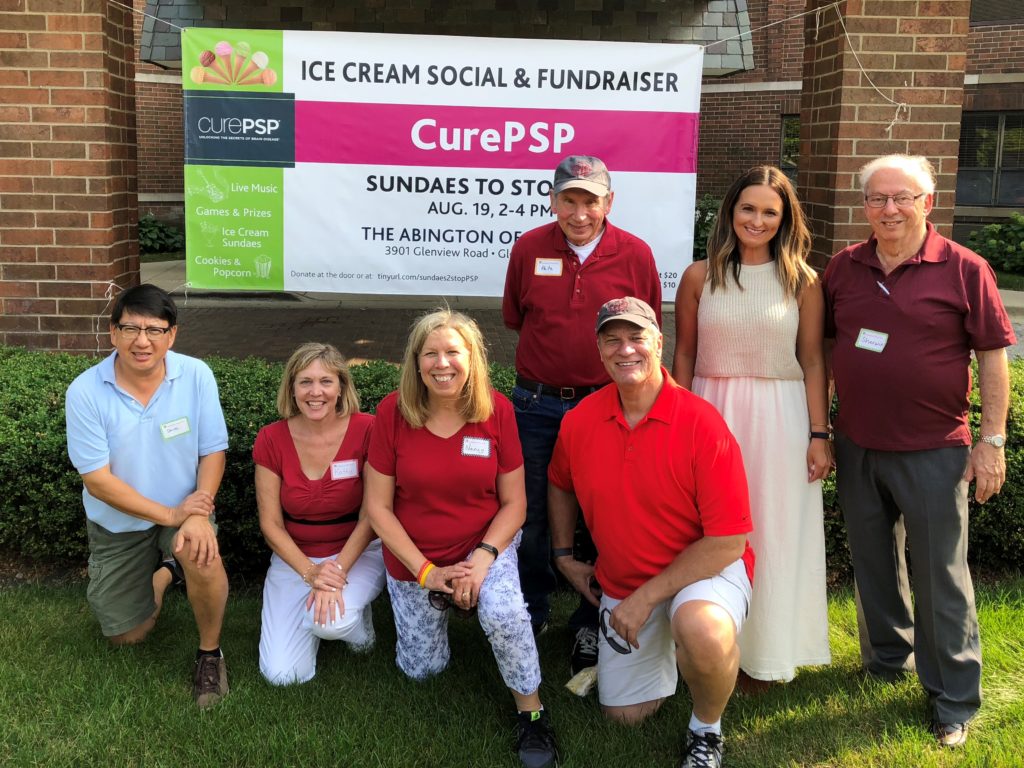 Our 25-year-old group regularly attracts 10 to 25 people with PSP and their carepartners/family members to its monthly meetings in a north suburb of Chicago. As the only CurePSP in-person support group in Illinois dedicated to PSP and its related prime of life neurodegenerative diseases, our group draws members from the Chicago area and neighboring states.

When a group member last year suggested we hold a fundraiser to fight this terrible brain disease, some of us wondered if we could find the time and energy while living with PSP or caregiving and, for many of us, holding full-time jobs. Because we all wanted to raise awareness of a disabling disease that even many members of the medical community are not familiar with, a few of us formed a planning committee, with me chairing it. Wanting a fun event that all of us could participate in, the support group voted to hold an ice cream social to benefit CurePSP.

Our goal was to raise $3,000. We were amazed at the generosity of our group members, family, and friends, which allowed us to nearly triple our fundraising goal.

More than 125 people attended the event, including two speakers during a brief program. Diane Breslow, MSW, LCSW, a social worker and consultant who serves on CurePSP’s Patient and Caregiver Advocacy Committee, offered hope through the availability of CurePSP programs, such as respite services. Deborah Hall, MD, Ph.D., an adult neurologist, and movement disorder specialist at Rush University Medical Center in Chicago, spoke of the realistic hope of finding an effective treatment through research.

The support for our community was palpable. Perhaps it was the delicious ice cream and other donated treats, the great door prizes we raffled off or the entertainers who gave their musical talents, but many people stayed the full two hours of the open house. When we were short-staffed at the registration desk, several paying guests quickly jumped in and helped us check in guests. Some attendees thanked us for organizing the event and requested that we hold it again next year. Personally, by taking action in hosting a special event, I felt I had more control in dealing with this uncontrollable disease.

You can do it too!

I encourage other support groups to host a fundraiser for CurePSP, either a special event or an appeal to people to donate. Here are some tips for holding a fundraising event that helped us have success:

Kathleen Louden is a freelance health writer and editor. With her husband, who has PSP, she has belonged to the Glenview PSP support group for five years.