John Royer’s latest article takes us through his conversations with a friend and fellow PSP sufferer.

This morning I had a phone call from my friend Ron. He has PSP as well.

Our symptoms are similar but not the same. Today, we talked about our past histories. We differed only in our sports. Ron was athletic but I was a sickly reader of books. We both became educators and we both got happily married and had kids.

Ron cannot read in the center very well but I can. Here’s the rub. Since my stroke on June 30, I have trouble reading long sentences. This makes it hard to paragraphs. In Ron’s case, he can play golf but has a terrible time making the hole. I also have double vision to the left and right which he does not have.

He has pain in one of his eyes but I do not have any.

We both have a problem with words in that we have trouble picking the right words at various times or we say the word incorrectly. I believe it is called Aphasia. I hope I spelled that correctly.

So both of our brains are screwed up. PSP is the only thing we have in common other than having the same background in education.

I will let you know as interesting commentaries occur between us as time goes on.

Today, my walking is awful.

I feel like I am walking on that roiling deck that I mentioned in one of my previous articles. The boat is experiencing strong seas. The deck is arced so it makes standing even harder for me and I roll like grass in a wind.

I am a lousy sailor and cannot even swim so this could be a problem for me.

The good thing is that the boat and the deck are imaginary. 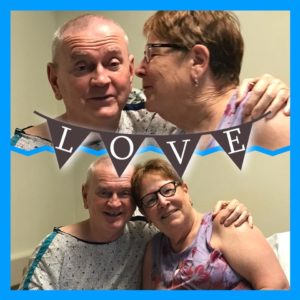 I have seen a lot of sad stories of family members whose kin have died recently. There is nothing funny in the stories. All of them involved a lot of cries of dismay and tears.

My comments of being funny can only apply when everyone is alive. At least during that period of time, the victim can hopefully be heartened by the family and friends who attempt to inculcate funny comments, hopefully wildly imaginary.

I don’t have much to say today except for the fact that having my second stroke with its consequent many mini-strokes has been most disturbing. I’m not too bad with my own words because I wrote them. But when it comes to the newspaper or a novel I am woefully at sea in the same boat that I mentioned. At least I have a word processor to double check my spelling. But at times, I cannot think of the word that I am reaching for so I substitute an equivalent word. I imagine that Ron does the same thing many times.

I just remembered another thing that Ron mentioned and I am cognizant of and that is the fact that we often use the same terms. The actual words themselves are not important but the fact that we repeat them is. We also have long periods of silence while we are trying to think of what we’re going to say next. These silences are longer than for a person who does not have PSP because it takes us longer to articulate the proper words to express our meaning or question.

Do my family members sometimes laugh at my incorrect words? Of course they do. In fact, I hope I die with a smile on my face as I anticipate the future of a heavenly wonder in another dimension with all of the people that were my families and friends as well as all of the pets that I had in the first life.

That’s all for now since I have nothing further that I can think about to say. I wish all of the victims and their family and friends all the best as all of us fight this vicious, malicious, vehement, and miserable terminal affliction.

Speaking is harder than writing.