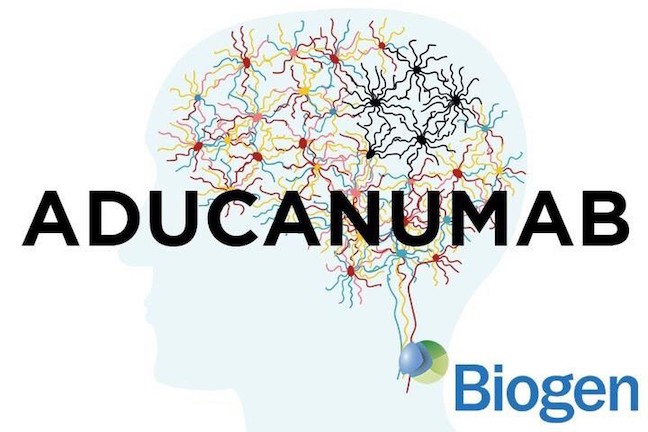 On June 7, 2021, the FDA approved aducanumab, a monoclonal antibody made by Biogen, for use in Alzheimer’s disease in the US.  Here’s a quick list of frequently asked questions and their answers as provided by Lawrence I. Golbe, MD, CurePSP’s Director of Clinical Affairs

What does the FDA’s approval of aducanumab for Alzheimer’s mean for PSP and CBD, considering both are tau-related diseases?While AD, PSP, and CBD are tau-related, AD involves a second protein called beta-amyloid.  That is the target of the new drug called aducanumab. The FDA’s decision to approve it has no direct relevance to PSP or CBD.  But the approval may mean that the FDA is favorably disposed toward approving experimental drugs with modest benefit against previously untreatable neurodegenerative diseases.

What do you mean by “modest benefit”?Aducanumab is an antibody directed against beta-amyloid, a protein thought to be necessary to the process of brain cell loss in Alzheimer’s. This means that aducanumab would, at best, slow the future progression of the disease and probably not improve the existing symptoms.  In one of Biogen’s two trials, the drug slowed the progression of AD by a minimal amount – not enough to affect a person’s daily functioning. In the other trial, there was no benefit at all.  For these reasons, an outside advisory board at the FDA recommended against approval.

So why did the FDA approve aducanumab? In both aducanumab trials in Alzheimer’s, a brain imaging study using positron emission tomography (PET) showed clear and major reduction in beta-amyloid, and that’s what the FDA said its approval was based on.  The FDA says that it’s logical to assume that there should be some actual effect on cognitive function and disability even though the trial’s testing failed to demonstrate it in a one-year-long trial.  This is an exception to the FDA’s usual policy of requiring clear benefit to patients’ lives before approving a drug.

Could PET imaging play the same role in a PSP drug trial? While the PET scan measuring beta-amyloid deposits is a reliable test in Alzheimer’s, it would not work for PSP or CBD for the simple reason that there is no accumulation of the beta-amyloid protein in PSP.  Researchers are hard at work to find a PET technique to measure the tau protein, which does accumulate in PSP or CBD.  The search is slowed by the fact that the brain areas involved by tau in PSP are much smaller than those involved by beta-amyloid in Alzheimer’s.  However, researchers are getting very close to testing PET imaging for PSP and similar tau-based disorders.  Other ways of showing progression of PSP by blood tests or spinal fluid tests are also improving, but none of these biomarkers is ready to be relied upon in a big, expensive clinical trial designed to win FDA approval.

Would the FDA’s favorable disposition toward an Alzheimer’s drug apply to PSP in the future? We don’t know.  Without knowing the details of the FDA’s thinking on aducanumab, it’s reasonable to suppose that the huge population burden of Alzheimer’s played a role in the approval decision.  About six million Americans are living with Alzheimer’s, while for PSP, the figure is about 40,000.  So, the FDA may have been willing to lower their bar for an Alzheimer’s drug but not for a PSP drug.  Still, it’s true that any drug reducing the toxicity of tau protein in PSP might also work against the tau of Alzheimer’s and vice versa.

I read that aducanumab for Alzheimer’s requires monthly intravenous infusions and regular MRI scans to check for brain swelling and bleeding.  Would that apply to a future antitau PSP drug, too? The ongoing MRIs are required because the clinical trials showed that as many as 40 percent of patients on aducanumab do have some degree of brain swelling or tiny areas of brain bleeding.  These generally did not cause symptoms during the one-year period of the trial, but the FDA is requiring doctors to monitor patients receiving the drug post-approval for those side effects.  We do not yet know if a future PSP drug would have the same problem, but the two antitau antibodies tested over the past few years (and found to have no benefit) did not show any such side effects on MRI imaging.  That’s good news, but it’s no guarantee that other PSP drugs using different modes of action might not have some other, equally concerning, side effects.

As for the monthly intravenous infusions, if a future treatment is a monoclonal antibody, the answer is probably yes.  But most of the PSP treatments currently in development are other types of molecules, some in the form of an oral pill, but others in less convenient forms such as injections into the spinal fluid every few months.

We in the nonprofit sector, with the help of generous donors, academic scientists, and pharmaceutical industry colleagues, just have to keep trying until we find a reasonably effective and safe way to slow the progression of PSP, CBD, and the other neurodegenerative disorders. More research in this area is being funded and progress is being made. We are confident that treatment and cure will eventually be found.