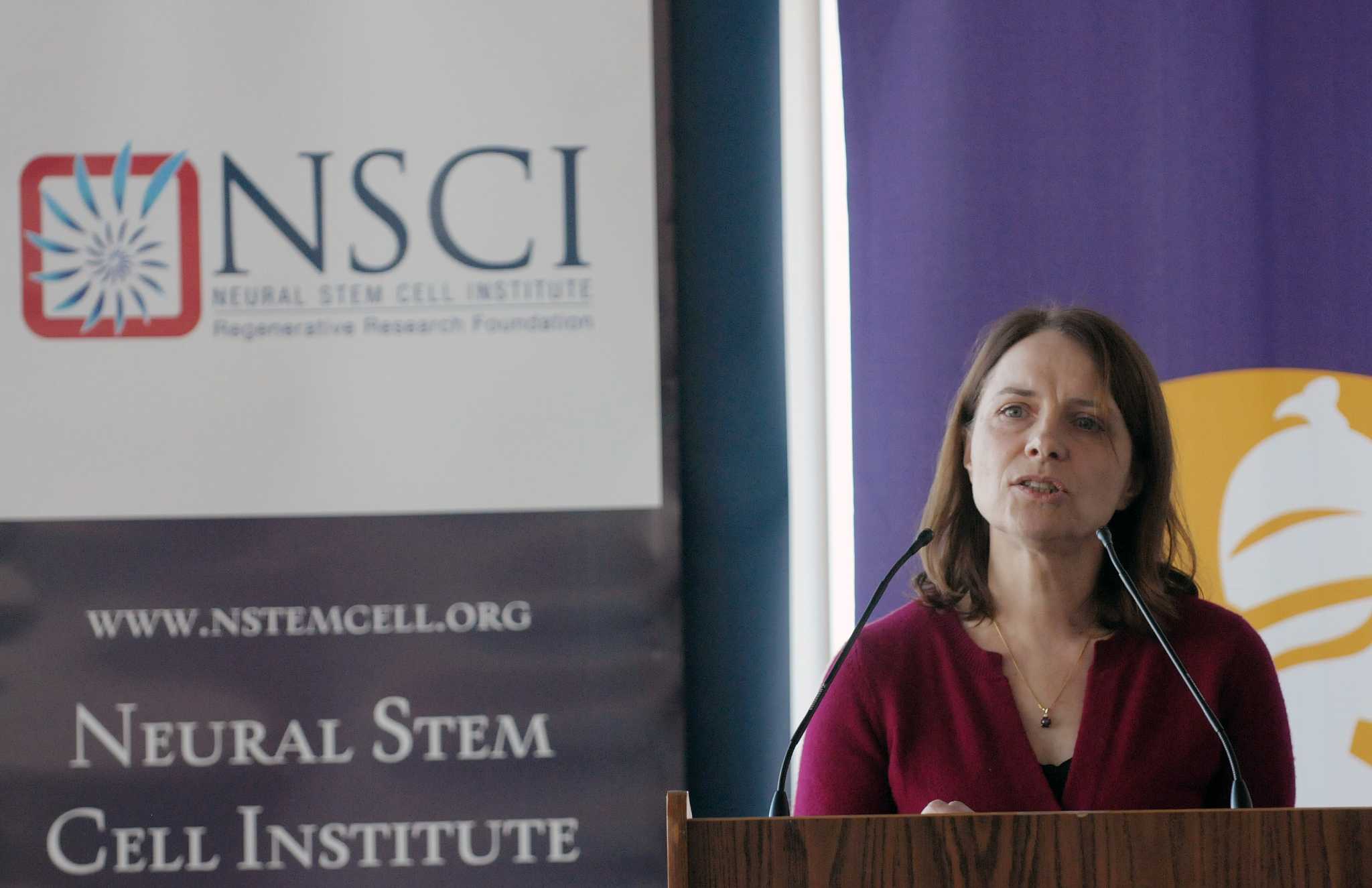 Dr. Sally Temple doesn’t have time to feel pressure. For over three decades she has responded to uncertainty with the same remedy: more research. But now, for guidance and inspiration, Temple has taken her first flight since the start of the pandemic to meet with members of CurePSP’s Southwest Florida Support Group and to speak at the 19th Annual CurePSP Awareness and Memorial Walk at Marco Island, Florida. She is grateful for the opportunity to learn what people directly affected by PSP want, and then use the money raised, which is currently over $250,000, to get back to work.

Temple has been a pioneer in the neuroscience field since 1989, when she discovered that stem cells exist within the central nervous system. For years she studied neural stem cells growing as a thin layer in a dish.  But in 2016, a technological breakthrough found a way to grow stem cells in three-dimensional cultures that more closely mimic the structure of a brain.  Those cultures are called “neural organoids.” Temple envisioned using organoids derived from human cells to create the most accurate model of neurodegenerative diseases to date. However, it would be difficult for Temple to get funding from a larger body like the National Institute of Health for a risky project, and if they did it might be years before her research could begin. That was until she came down to New York City for the 2016 CurePSP Women and Prime of Life Brain Disease Research Luncheon where she presented her plan to Amy Branch, Vice Chair of CurePSP Board of Directors and longtime supporter, along with members of the Rainwater Foundation who awarded her the seed funding to get started on her project right away.

“That accelerates discovery,” Temple said. “Since then we’ve made more findings, developed some novel therapeutic candidates, and CurePSP has been with us every step of the way.”

The older, 2D human tissue cultures mimic human diseases in some important ways and have permitted major discoveries.  But organoids are a significant breakthrough because their 3D structure, in spheres up to two millimeters across, provides a better model of the millions of interactions that exist among neurons and glial cells in the brain. Organoids take months to develop from cells taken from a skin biopsy, so it’s important for researchers to have access to “catalog” of organoids ready-made to suit their research project’s needs. The Tau Consortium, funded by the Rainwater Charitable Foundation, supports such a resource for researchers world-wide.  Temple is proud to have contributed to that collection of 100 neural stem cell lines derived from patients with a variety of neurodegenerative diseases, including PSP and CBD.

The technology continues to advance, and Temple notes that over the past five years, the likelihood of a few starter cells successfully developing into a useful organoid has increased from 10 percent to over 90 percent.   She likens her field’s scientific advancement to that of the smartphone.

“When I started in research we had those rotary phones that you might see in a museum, and now you look at the smartphone and its capabilities,” Temple said. “That has happened in the laboratory as well. We have gone from really primitive technologies to really sophisticated ones.”

Other technological advances demonstrate the impact of these organoids. In one example, Temple recently collaborated with Drs. Alison Goate and Kat Bowles of the Icahn School of Medicine at Mount Sinai to use single-cell RNA sequencing on several of these organoid lines. This work, published on July 26, 2021 in the prestigious journal Cell, sequenced the RNA of hundreds of thousands of single cells to assess the degree to which they were translating various genes into protein. This work gave complex and useful “genetic expression signatures” that help identify key biological differences between the organoids established from individuals suffering from neurodegeneration and those organoids established from healthy individuals.

Another example of the utility of organoids is a project under way at Temple’s Stem Cell Institute, this time under the leadership of her colleague Dr. David Butler. He works with intrabodies, which are engineered antibodies, in this case directed against the tau protein. An inserted gene directs the brain cells to produce intrabodies, rather than the immune system. This solves the problem of how to get anti-tau antibodies into the brain cells. Every intrabody is attached to a molecule that directs it to the cell’s garbage disposal system along with the tau molecule. By using organoids derived from people with PSP to assess intrabodies efficacy, Butler is, in effect, testing that approach as a treatment for human tauopathies like PSP. A human trial might not be far behind.

“This sort of really sophisticated science and technology give you that impression of what is out there in terms of characterizing molecules and cells, which is just unprecedented, ” Temple said.

Temple sounds unsure that she even believes how far science has come since her first major discovery in 1989, but that hasn’t stopped her from maximizing technology’s capabilities as fast as she can, recognizing that there is no time to waste. She is eager to share the work that the Memorial Walk’s donations will be directly funding. She’s currently testing out a new mode of action and candidate therapeutic on mice and organoids, which she says looks good so far and is being done with the hope to build necessary data and evidence to pursue a clinical trial application in the coming years. Wherever Temple’s work takes her, it will be based on the input that she receives from her patients.

“We’re just one lab of several in the country working hard to find cures for tauopathies,” Temple said. “Patients are not alone.”