The PSP community mourns the passing of neurologist John C. Steele, MD on May 21, 2022, surrounded by his children in Bali, Indonesia, his most recent home. He was 87. 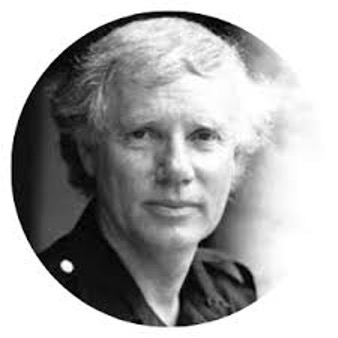 Dr. Steele was one of the physicians at the University of Toronto who in 1963 and 1964 published the defining clinical and pathologic descriptions of PSP. The eponym, “Steele-Richardson-Olszewski syndrome” predominated in the medical literature for decades and is still used by some writers to honor the accomplishment. At the time, Dr. Steele was a neurology resident, Dr. J.C. Richardson was his mentor and department chief, and Dr. Jerzy Olszewski was a neuropathologist. Their 1964 paper in Archives of Neurology remains today the most frequently cited article on PSP not just for its primacy, but also for the thoroughness of its clinical and pathologic details.

Son and grandson of physicians, Dr. Steele was born in 1934. He earned undergraduate and medical degrees at the University of Toronto and completed a neurology residency at Toronto General Hospital in 1965. He married Margaret Porter, an artist and writer who authored a children’s book on PSP. Dr. Steele is survived by children Alex, Erica and Julia and grandchildren Jonathan, Sophia and Sean.

After his training, Dr. Steele won the prestigious McLachlan Fellowship, allowing him to pursue studies in Britain and France for two years. From that point on, his career was unconventional. He spent a year practicing and teaching in Thailand, returning in 1968 to the University of Toronto as a pediatric neurologist. In 1972, he moved to the Pacific, where he would spend the rest of his life.

He first worked as a general physician on the remote atoll of Majuro in the Marshall Islands doing everything from delivering babies to removing fishhooks, sailing on small freighters to deliver medical care on even more remote atolls. After six years in Majuro, Dr. Steele spent a year at the London School of Hygiene and Tropical Medicine for fellowship training in clinical tropical medicine. He then moved to the island of Pohnpei in the Eastern Caroline Islands, where he trained local doctors and nurses under a clinical appointment on the faculty at the University of Hawaii Medical School. From Pohnpei he also continued his work of practicing medicine in remote islands.

In 1982 he settled on the island of Guam as the neurologist at the US Navy’s base hospital and medical director of the local VA clinic. On Guam and nearby islands Dr. Steele cared for and studied individuals with a neurodegenerative disorder endemic to the indigenous Chamorro people. It was called lytico-bodig or the ALS-parkinsonism-dementia complex (PDC). Over the years, Dr. Steele invited and hosted multiple scientists to study this geographically and ethnically specific disorder. He spoke at numerous international medical and epidemiological conferences to create interest in PDC among researchers. Perhaps his most famous scientific guest on Guam was Dr. Oliver Sacks, whose 1997 book “The Island of the Colorblind” features a detailed portrait of Dr. Steele and his work. (The title refers not to Guam, but to the atoll of Pingelap, 1,000 miles east, where a different disease is endemic.)

Despite the lack of formal research facilities on Guam, Dr. Steele found ways to collaborate with other scientists in state-of-the-art inquiries into the cause of PDC. His warm relationship with the community as a local physician provided access to information on traditional practices, helping to elucidate risk factors for the development of the disease. He assisted in constructing detailed family trees to couple with modern molecular genetics performed by collaborators. Those relied on Dr. Steele’s having accomplished the difficult and delicate task of securing consent for blood samples and brain autopsies. Those studies ultimately showed that mutations in genes previously known as risk factors for other neurodegenerative diseases are over-represented in the PDC population but do not fully explain its cause. This raises the possibility of as-yet-unsuspected genes or of toxic or infectious contributors. 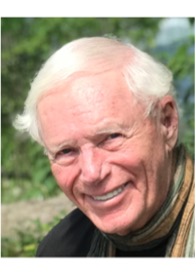 Dr. Steele’s insights into the Chamorro’s dietary habits helped form the hypothesis that PDC was caused by a toxin in the fruit of a cycad tree, the “false sago palm,” by consuming fruit bats (“flying foxes”) that eat the fruit and bioconcentrate its toxins. One such toxin, beta-Methylamino-L-alanine (BMAA), is produced by cyanobacteria in the trees’ roots. The toxic mechanism of this amino acid remains unclear but may rely on its mis-incorporation into proteins in place of serine, thereby encouraging misfolding of the resulting protein. Another compound in the same fruit, beta-D-glucoside, acts as an excitotoxin at glutamate receptors, another mechanism known to cause brain degeneration.

Favoring the fruit bat hypothesis is the observation that PDC has slowly disappeared over the decades since World War II, as traditional dietary practices gave way to Westernization of the Chamorros’ lifestyles. Dr. Steele’s indefatigable work with the Chamorro population was instrumental in this idea, which today remains one of the leading non-genetic hypotheses explaining PDC.

A major inspiration for Dr. Steele in his work on Guam was the similarity between PDC and PSP. In 1963, during his neurology residency in Toronto, his department hosted visiting lecturer Dr. Asao Hirano, a leading neuropathologist who had studied PDC in the 1950s. At that visit, Dr. Hirano examined the brain specimens from the original PSP patients and was struck by the similarity with PDC. Twenty years later, soon after arriving on Guam, Dr. Steele saw a similarity of the impaired downward eye movement and other outward features in the two diseases. Although PSP occurs world-wide and differs from PDC in important molecular details, Dr. Steele recognized that their similarities could prove key. He approached the puzzle of PDC by continually probing the rapidly accumulating knowledge of PSP and by collating the theories and data of a wide array of specialists. As he pointed out many times, the comparative study of PSP and PDC may shed light not only on those two disorders, but also on all neurodegenerative diseases. He framed his life’s work and scientific aspirations in that way.

Few of us can claim to have set so worthy a goal or to have accomplished as much in its service.