As you may know, John Royer is sadly no longer with us. His spirit, humor, and strength went to another dimension (to paraphrase John), on September 10 of this year.  This article was written late July, and is as heartfelt and brave as any he has written, and features his thoughts on mortality and the concept of spirit.

These are my feelings about death.

I wrote this as the stroke stricken PSP person that I am. There are a lot of you brothers and sisters in the same boat. This italicized bold note was written a few days later than the article. There were ZERO revisions done to the article at all unlike the other article. This is reality for me until I recover through therapy. I just thought that you would like to know that I’m just as messed up as anyone.

Remember to laugh at the mistakes. 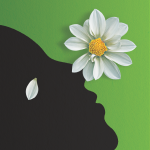 I just found out yesterday that a gentleman that I had spoken to offer at the gym died at the end of June. I haven’t heard of anybody dying that I knew for a very long time and it came as a shock. I started to think about death and about how I wouldn’t have to worry about it from PSP. I wondered if death was a final sentence or if we went on to another place called heaven. I like to call it a different dimension.

Physicists tell us there are as many as 10 dimensions. I don’t understand any of that because I am not as smart as they are. I like to call heaven another dimension and have more mentioned it in a story that I wrote. I have no proof that idea

I do have a psychologist who is a very good doctor who has said that he knows at least 50 people who have claimed to have had a near-death experience. It is called an NDA. He told me that none of them have any more fear of dying, that the experiences of in another dimension have cured them of the fear. This is a very levelheaded man who has a sense of humor but is open to new ideas. He does not laugh at the idea that these people have expressed to him. I appreciate the fact that he has shared those stories to me without breaking any confidences of the people involved.

There are many people on the Internet who also have claimed such experiences. Some of them are crooks or just trying to gain money from gullible people. But the organizations affiliated with institutions of earning can, in my estimation, be trusted to be the truth.

There are many people who have written books about their experiences as well but I only trust the ones written by people medical repute. They would not risk their professional situations if they did not believe that they had experienced any counter with the thereafter. Also, the fact that they had been dead for a significant period of time can be authenticated by other medical professionals. When medical people have told you and you have been dead for a significant period of time and they come back, I trust what they say.

I can give you the name of one particular place on the Internet or two and the names of professional medical folks who have made public testimony of their experience. Asked me and I will be glad to share them with you.

Knowing that you’re going to die is a fact that everyone knows but knowing how is another matter altogether. I would rather die like my father and simply go to sleep and not wake up and to die with the ravages of PSP. I wish the same for my wife when her time comes. An animal has one advantage in that they do not know or anticipate death. Sometimes I wonder if it is better to be human and have those fears.

The gentleman who died had an illness similar to PSP and got pneumonia. I don’t know what it’s like to have pneumonia but I feel that it was a far easier death for him and to die of his illness. I have a friend who has another similar disease to PSP who has suddenly taken a turn for the worse. I have two other friends who have serious versions of cancer. Obviously my mood is not funny today. Sometimes funny cannot cut it but I try my best.

With my own future demise I fear the process of death. That is a hard fact and it will not change. As far as the idea of heaven, I vacillate. Regardless of all the religious learning and regardless of the scientific information that I just mentioned, I am not convinced of one or the other. I certainly hope with all my heart that heaven exists and that I wife and I will be reunited after we leave this dimension. I tend towards the idea of a heaven that is a wonderful place and I hope fervently that I am correct.

I know this subject has veered off greatly from my others but when I get my ideas I have to go with them. I don’t plan my ideas. They just appear in my head and I have to move on them and start writing.

I still say that the brain is intact even when PSP has paralyzed your body. It is that that fears me more than anything else. I have an analogy about that.

The first part to malfunction is the computer of the car. The car then gets erratic and eventually ceases to operate and the cars computer ceases to operate. The only way to get out is for the car and its computer to disintegrate, essentially, to die.

This is my rough attempt to make a physical operation out of PSP destroys your body and brain and eventually killing it. I feel that the soul which is been trapped is now released to go to the second dimension, to heaven.

But “funny is still good” at either place.