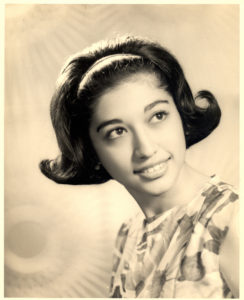 Pauline Cisneros Polette was born on January 17th, 1949, during a San Antonio cold snap that set all-time records.  Although it was freezing when she was born, her sweet spirit brought warmth to her family then and through the rest of her life.  She was the second child and first daughter of George Cisneros, then a recently discharged veteran of Pacific combat in WWII, and Elvira Munguia Cisneros, a long-time resident of San Antonio’s Prospect Hill community.

Pauline was a sweet, loving child who enjoyed an active life with childhood friends in her Monterey Street neighborhood. She grew up surrounded by grandparents, aunts, uncles, and cousins, participated in City Parks & Recreations presentations of Mexican folk dances, and gave piano recitals.

She was a straight-A student who set an example of diligent, hard work for her brothers and sisters and graduated as valedictorian of her 1967 senior class at Little Flower High School.  Pauline was equally committed to her leadership roles in the Girl Scouts, student governments, and in Little Flower’s Drum and Bugle Corps. Because Pauline attended Little Flower from kindergarten through high school graduation, she made loyal friends whom she enjoyed seeing until the last days of her life. 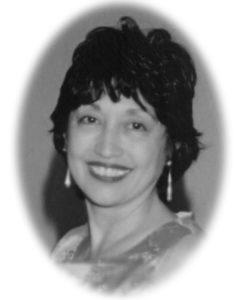 As her doctoral studies and laboratory work progressed, Pauline increasingly specialized in in-vitro fertilization technologies, and it was during her studies in the field that she met Tom Polette, whom she married in 1976.

Pauline’s career in the growing medical practice of helping couples to have children led her to develop pioneering medical innovations, making her a globally recognized leader in the field.  She wrote medical journal articles and spoke internationally in medical schools and conferences in Turkey, Russia, Europe, Canada, and the United States.  In 1992, Pauline was named director of the in-vitro laboratory at the Baylor College of Medicine, Houston, a post she held until 2007.  She later assumed a leadership position in a private in-vitro practice at Houston IVF from 2007-2011. 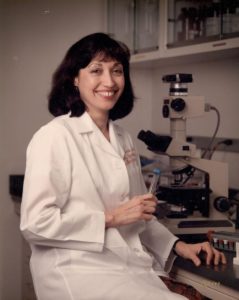 Throughout the years, Pauline was an attentive daughter to her parents, traveling regularly to visit them in San Antonio and accompanying with them on family trips.  She was a caring and fun-loving sister to her four siblings; she could always be counted upon to generously attend family gatherings and special events, and to encouragingly celebrate achievements by family members.  She was a favorite aunt who took under her wing and mentored her nine nieces and nephews. All our family knew that she was a stellar example of professional attainment, of quiet diligence, of pride in heritage, and of family bonding.

Pauline died of complications caused by PSP on February 24, 2018. She was preceded in death by her parents, George and Elvira Cisneros, and by her former husband Tom Polette. She is survived by her siblings and their spouses and families: Henry and Mary Alice Cisneros, George and Catherine Cisneros, Tim and Karla Cisneros, and Tina and Tom Corser; nine nieces and nephews; and seven grand nieces and nephews. Pauline is also survived by many life-long friends and admirers who appreciated her kind spirit and respected her steady professionalism.

Our family extends special gratitude to Irene Gonzalez and Dr. Patty Olivares, who for several years took Pauline to Mass at Holy Spirit Catholic Church every Sunday, and accompanied her to the Sunday lunch of her choice, which included a menu of laughter and girl talk. Our family also deeply appreciate the high quality of gentle care extended to Pauline at Adante Assisted Living in San Antonio over the last three years. We feel special gratitude for Pauline’s principal physician, Dr. Michael Lichtenstein, and caregivers Alma Gonzalez, Oralia Perryman, Maria Rodriguez, Barbara Huerta, and Mireya Narvaiz. 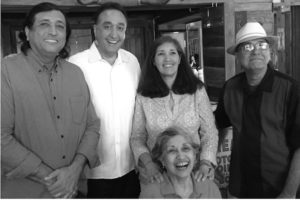 Thank you to CurePSP, Mariela Fuentes, music therapist UIW, and the Harry Jersig Speech Center OLLU. Pauline’s last days were eased by the Christus Santa Rosa Hospice led by Beverly Tuomala. Our family thanks the CurePSP Foundation and the Mayo Clinic-Jacksonville for their continuing research into PSP.