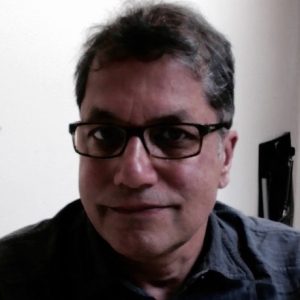 Studying how specific genes and proteins interact to increase the propensity for PSP pathology.

PSP has long been identified by characteristic microscopic clumps of the tau protein in the nerve cells of the brain. As a similar picture is present in several other neurological disorders called tauopathies including Alzheimer’s disease, tau has been the subject of intense scrutiny by researchers worldwide and it is plausible that any therapies directed at tau malfunction would be useful not only in PSP but the other tauopathies.

However, it is clear that tau malfunction alone is not sufficient to cause PSP and the recent genome-wide association study (GWAS) funded by CurePSP revealed three other genes and proteins, MOBP, STX6 and PERK, involved in crucial functions of the nerve cells, that because of subtle changes in function, increase our propensity to get PSP. Identification of new genes are useful in pointing us towards the subtle defects in those crucial processes in the cell that over a lifetime cumulatively lead to damage and death of the specific subsets of nerve cells that are affected in PSP.

This study will compare PSP brains with normal healthy brains in order to gain an insight into differences (if any) of the levels and distribution of MOBP, STX6 and PERK in affected regions of the PSP brain, compared to normal healthy brains. We will also establish nerve cell culture models to recapitulate these changes and see what effects they have on the cells’ health. In particular, we will test the notion that the subtle changes in the functions of these proteins have a cascade effect, leading to the exacerbation of the characteristic tau protein abnormalities. In other words, we hope to gain insight into how these genes and proteins interact to lead to increased risk of PSP.