Impact of Arginase1 Over-Expression and SAT1 Deficiency during Tauopathies 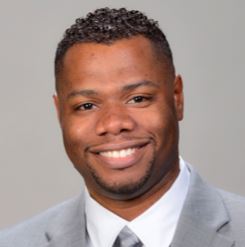 Overexpression of a specific protein and a small molecule in the brain may reduce tau pathology and open doors for treatment of tauopathies.

The arginase-1 protein is an enzyme that resides in most cells but has lower levels in neurons and metabolizes the amino acid L-arginine to promote the polyamine pathway. Polyamines are small molecules that regulate various processes that support neuronal function. Recent evidence shows polyamine dysfunction during certain neurodegenerative diseases. The study’s data demonstrate polyamine dysfunction in animal models that produce tau pathology and that arginase-1 overexpression in the brain decreases tau pathology.

The study aims to validate that arginase-1 and polyamines reduce tau pathology and that the polyamine pathway remains a good target for the treatment tauopathies. The investigator has also synthesized a novel bacterial enzyme (called arginine deiminase) that expressed in the brain reduces L-arginine levels in neurons without producing polyamines. The gene will serve as a proof-of principle and good candidate to test the hypothesis that states arginase 1 and polyamines reduce tau pathology in animal models. The alternative hypothesis would suggest that simple metabolism of L-arginine by arginine deiminase also reduces tau pathology.

The study also will show increased expression of the polyamine-metabolizing enzyme SAT1 during tau pathology using knockout mice, which lack the SAT1 enzyme, to determine how the SAT1 protein impacts tau levels. These studies will validate the role of arginase1 and the polyamine pathway as therapeutic targets of tauopathies.