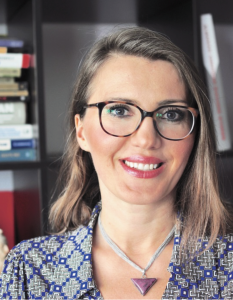 This study is generously funded by a grant from the Fred and Mabel R. Parks Foundation

Alzheimer’s disease (AD) and several variants of Frontotemporal Degeneration (FTD) including supranuclear palsy (PSP) and corticobasal degeneration (CBD) are characterized by accumulation of abnormal tau protein into aggregates. Degradation of abnormal, misfolded and toxic proteins in neurons is extremely important as neurons are post-mitotic and they do not divide hence the clearance systems have to work efficiently and cope with stress through our life time.

Tau and most proteins are removed from cells via the ubiquitin proteasome system (UPS), but in tauopathy the UPS is downregulated directly by abnormal tau building up in neurons. Developing therapies aimed at clearing abnormal tau are thus of considerable interest. We have recently published a study where we demonstrated that treating mice that were genetically engineered to produce the type of tau that accumulates in PSP or FTD, with an FDA-approved drug called rolipram, increased brain’s capacity to remove tau aggregates and improved memory and health in these mice.

Although rolipram was approved by the FDA in the early nineties, it is not prescribed to patients because of it side effects. The data, however, provided us with invaluable information to study the therapeutic effect of other drugs that act on tangles in a similar way to rolipram, but that are safe to use in patients. This subgroup of drugs, called phosphodiesterase (PDE) inhibitors, have been used often for the treatment of a diverse range of chronic diseases such as pulmonary inflammation, asthma, COPD etc.

Our preliminary results show that treating neurons with two FDA approved drugs, roflumilast (used for COPD) and cilostazol (for intermittent problems with blood flow) leads to increase in proteasome function. This study will investigate in detail and in a timely manner the effect of these drugs on neurons from a mouse model of PSP.

Results: This grant was part of a larger project and co-funded Dr. Myeku’s work. Two papers were published from this work: