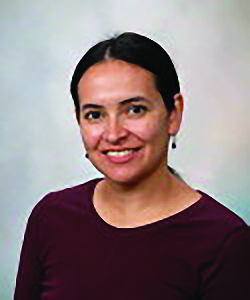 Determining how gene damage associated with age and environmental stressors may result in abnormal gene expression in parkinsonian disorders.

If the study is successful, it will be highly significant because a new PSP mouse model will be available for testing, and it will serve as the first study to assess the effect of syntaxin-6 gene reduction in the progression of PSP-like pathology development in the mouse brain, potentially leading to new gene targets, drugs and therapies.

The causes of  progressive supranuclear palsy (PSP) remain unknown. Like other neurodegenerative diseases, PSP is influenced by age and environmental stressors. Recent scientific findings in other parkinsonian disorders such as Parkinson’s disease (PD) have suggested that the brain systems involved in movement control are highly susceptible to various types of damage. It is possible that environmental stressors and other factors put susceptible neurons under stress and impact cellular components as we age. Prolonged exposure to oxidative stress results in damage at different levels. In PD, for example, the damage has been found at specific regions in the genome and causes abnormal gene function, dysfunction of cellular pathways and cell death. Studies of oxidative gene damage have not been done in PSP or PD and therefore it is unknown whether the accumulated damage is comparable to PD or whether such damage is specific to PSP-affected regions.

This study will measure the damage to genes deregulated (having increased expression variability) in PSP and PD and how increased damage may result in abnormal gene expression. If identified, PSP-associated genes with increased susceptibility to damage and abnormal expression patterns could be the focus of future studies aimed at determining how age and oxidative stress impact the brain in parkinsonian disorders. This may open up new avenues for treatment of PSP and potentially other, more-common conditions like Alzheimer’s and Parkinson’s diseases.

December 17th, 2018. Oxidative damage is an important contributor to degeneration in Progressive Supranuclear Palsy (PSP). Studies in normal aging have shown that promoter regions are a target for oxidative damage resulting in abnormal gene expression in the brain, but it is uncertain how gene damage affects gene expression in neurodegeneration. Genetic studies have helped in identifying genes involved in PSP and expression studies have revealed that some of these genes are deregulated in the brain of affected individuals.

In this study, we tested the hypothesis that oxidative gene damage is higher in affected brain regions of PSP patients and that it leads to specific expression changes in genes previously reported to be associated with PSP. The study population consisted of 10 pathology-confirmed PSP patients and age and sex-matched controls provided by the NIH NeuroBiobank. DNA and RNA were extracted from the substantia nigra (SN) and unaffected cerebellum cortex (CBL). Gene expression studies were done by NanoString expression assays for genes associated with PSP (MAPT, MOBP, and SLCO1A2), and other PSP-relevant genes (LRRK2, DCTN1, APOE). The expression of these genes was not different in PSP patients compared to controls in the SN or CBL, but a more detailed study of MAPT isoforms in the SN revealed that the ratio of transcripts with and without exon 10 (exon 10+/-) was highly variable in the SN of the PSP group. Because of these results and the relevance to PSP, we focused our gene damage and mutation studies in the MAPT region.

We performed duplex sequencing of MAPT promoter region and exons 9 and 10 and their surrounding intronic sequences, including the entire STH sequence, a small gene located in the intronic region between MAPT exon 9 and 10. We observed a significantly reduced amount of somatic mutations in MAPT promoter and exon 0 in PSP compared to controls in the SN (average 6,5 and 3,8 mutations in the promoter and intron 0 respectively per PSP individual vs 13,7 and 11,2 per control). Additionally, PSP patients had more nonsynonymous changes compared to controls in exon 9 ((81.3% single AA changes in PSP vs 61.1% in controls). Although PSP patients had similar number of mutations in exon 10 than controls (7 and 5, respectively), the type of mutations was different: 2 mutations were considered “silent” (N286N and P301P) but one is located in the contiguous codon of the S285R, a mutation found in two familial cases of PSP and other is located in the same codon of the pathogenic P301L mutation. Interestingly, no mutations were detected in exon 10 region in the two patients with the highest exon10+/- ratio, whom were expected to have more expression of tau 4R isoforms in the SN. Lastly, less mutations were identified in PSP patients than in controls in STH, but they were all missense or nonsense changes in PSP. The implications of somatic mutation in PSP remain unknown since there is very little known about these type of mutations in MAPT and STH, but our results suggest that more damaging mutations occur somatically in MAPT and STH than in controls in brain regions susceptible to tauopathy.