Understanding the role of inheritance in PSP by determining the DNA sequence of all the exomes (the portion of the genome responsible for encoding proteins) for all genes in the human genome for subjects with PSP.

This study is attempting to understand the genetic factors responsible for PSP by using whole exome sequencing to detect rare inheritable genetic changes that cause or increase susceptibility to developing PSP. The project is performing whole exome sequencing on 750 – 1,000 subjects with autopsy-documented PSP to determine the precise, detailed sequence of the four letters in the genetic alphabet, called “codons” and abbreviated C, G, A and T. Present technology allows us only to do this for the parts of the genome that code for proteins, called the “exons.” The most difficult part is distinguishing innocent or irrelevant genetic variants, which we all have, from ones that contribute to PSP. The ultimate purpose of the study is to identify genes gone wrong in PSP so that the effect of an abnormal protein one of them encodes can potentially be corrected by a medication.
Initial results have identified four genes associated with PSP susceptibility and has generated data from 772 PSP subjects.
Dr. Schellenberg is now part of the PSP Genetics Consortium and will continue his work with this international team of investigators.

This study is generously financed by a grant from the Morton and Marcine Friedman Foundation. 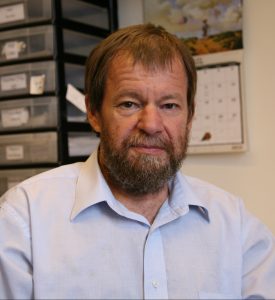 Dr. Schellenberg is a leading expert on genetics and gene sequencing with specialties in neuropathology, immunobiology and experimental pathology. Prior to joining the faculty of Penn Medicine, he was a senior research fellow at the University of Washington. He has received numerous awards and honors including the Potamkin Prize for Alzheimer’s Disease Research. He is the author of dozens of peer-reviewed papers and publications. Dr. Schellenberg received his BS and PhD degrees in biochemistry and cell biology from the University of California, Riverside.