This article, by our man on the inside, our PSP correspondent, John Royer, gives us an insight into the effects of PSP, and strokes, on his language ability. 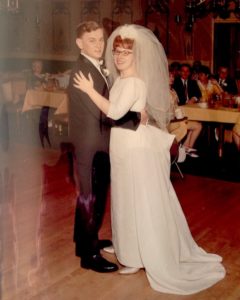 I had a stroke and it adversely affected my brain. It has had a number of negative consequences. Let me explain the ones that I know.

It is difficult to think of the proper word to use when I am speaking or writing. Most of the time I simply substitute another word.

I tend to think in reverse. As an example, I just said to my wife that I was going to read in my office when I meant to say that I was going to write in my office. Words tend to be reversed as to intention. It’s bad enough that the word processor has problems with homonyms without having me do it with intentions. I see a mistake on the paper and went to rewrite it manually. Sometimes I cannot spell the word. Also, my speech changed so the voice processer is getting confused by my voice.

This is frightening to a guy who has always taken pride on his ability to speak well and write correctly. My advocate, Lucas, at CurePSP assures me that my readers will be forgiving of any errors that I may make. I believe that he is correct in his assumption but it cannot change the fact that I feel afraid that I will look stupid. My ego is hammered big time!

My family and friends have been very understanding and try to make fun of my mistaken words and I laugh with them. As I have often said, funny is good. It stops fear and it eliminates being too serious about life.

I have a psychologist who advises me about my fears about having PSP. He encourages me to live in the moment and stop thinking in the future. I said that we are all dying, those who have PSP. His response was that we are all dying except at different rates. He is correct. He is also encourages about laughing, something that I agree with wholeheartedly. You may think that I am taking a risk in admitting that I am seeing a psychologist but I am not. Besides family and friends, it is good to have a professional advocate. This guy is super. He is a man who happens to be a psychologist and he is very good at his job and I appreciate all his efforts to make life better for me.

Speech therapy also includes reading detailed articles and then answering questions about it. I admit that I do terribly at this. Having PSP and the stroke makes reading even harder because it is difficult to follow one line of print. Sentences tend to run together. I can read my own articles more easily because I wrote them. New information is very definitely difficult.

This speech therapist asked me to give a short talk about PSP and so I did. She told me that she had read about it briefly and that I knew more about it than she did. I assured her that that is not surprising because PSP is extraordinarily rare. She told me that her mother had a very disease that was even rarer than mine. She had to take her mother to a research university in order to have her diagnosed. I knew that she had definitely received the message that PSP is rare like her mom’s disease and that they both are difficult to understand. We had a better bond than when we had first met.

Giving my short speech was accomplished with a lot of hesitation as I looked for the right word and found it and said it incorrectly as well as changing the word totally to let her understand what I was saying.

I just realized that I made a sentence that was too long and it had a few mistakes which I corrected just now. 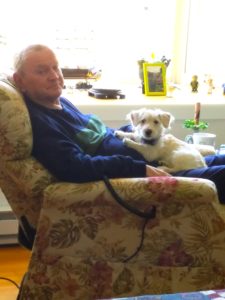 I probably missed a few anyway!

I would not want to give a political speech as a candidate because I would surely not be elected.

That’s not me being sorry for myself, that’s just a fact.

I have to relate to my old adage.

The name for this strange affliction is Aphasia. It is a very fancy word that is difficult to speak and spell.

It means screwed up words and messed up brains.

I have been referred to a new eye physician. I will try to work with him but I think it will be futile because PSP has its own agenda. But I will try now with the second eye doctor. PSP is one of over 1000 rare diseases and the doctor cannot be expected to understand all of them much less cure them.

See https://rarediseases.org/ for more data. You will be amazed at the number of diseases. Look like so:

And you have it.

CurePSP also has tons of data from itself as well as family, friends, and victims. Use them all as resources.

PSP has its own rules and I consider stroke to be secondary to the agony of PSP.

Strokes can be partially overcome but PSP cannot be cured at all.

In the MRIs that I have had had, mention was made of strokes but not once was the hummingbird of PSP mentioned. Only the neurologist at the University of Pennsylvania (and others) knew what to look for and told me that I actually had PSP. You need a researcher in such things as rare diseases to find them in the first place or to hopefully cure them. In my case, the University of Pennsylvania was useful in telling me what was wrong with me but it could not care me so all I could do was see local doctors for possible methods of making me feel better. To date, no Dr. has been able to do so, not that he did not try, but because there is no cure. All we can do is hope for a cure by the pharmaceuticals and the researchers in investigator universities.

But in the meantime, we have to keep our morale up and try to keep a sense of humor alive. I don’t know if my decline will destroy my mood but I’m going to try as hard as I can to keep the motto that I have adapted. 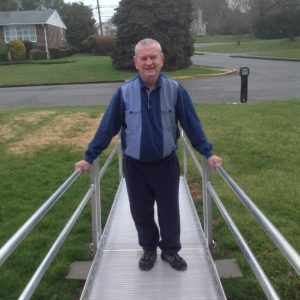 In that mode of thought, I have to say that I did not make any errors in this short article.

PSP and two strokes did it.