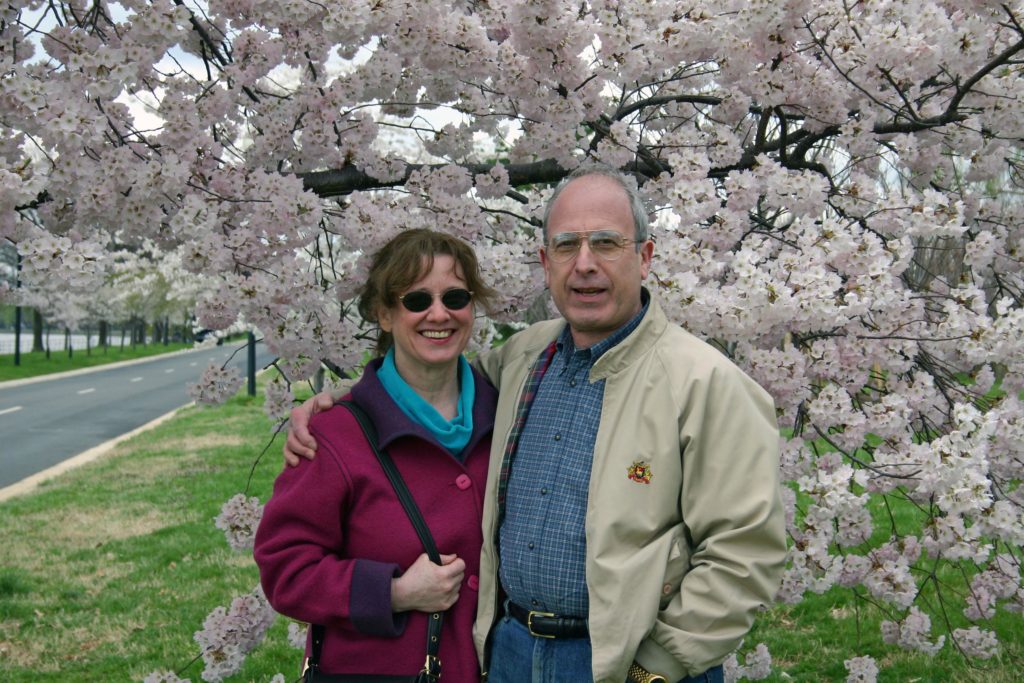 Steve with his wife Karen in April 2004. Karen was diagnosed with PSP early in 2011. They were married 37 years.

Stephen S. Goldman of Derwood, MD, died unexpectedly at the age of 78 on November 4th, 2020. Steve was the beloved husband of the late Karen Mary Tack-Goldman and were married for 37 years, the son of the late Maurice and Ethel (Kramer) Goldman of Brockton, MA, and brother of Henry Goldman of Norwell, MA. He is survived by his son, Matthew Goldman of Derwood, MD. Steve earned his BS degree in Biology from Northeastern University and his Ph.D. in Physiology from the University of Illinois Urbana-Champaign.

Steve spent over a quarter of a century in service to others at the National Heart Lung and Blood Institute, a division of the National Institutes of Health, where he administered a large vascular biology grant portfolio, including cerebrovascular and the lymphatic system as well as developing programs in vascular biology. He was looked upon as a friend and mentor in the NIH community. After Karen was diagnosed with progressive supranuclear palsy (PSP) and in his retirement, Steve devoted his time to active participation in CurePSP, where his profound concern for those affected by neurological disease and deep scientific acumen were invaluable. He served on the CurePSP Board of Directors for multiple terms. He was active on numerous CurePSP committees focused on research, patient and caregiver support, and raising awareness of the tragedy of PSP. He also personally led and participated in numerous support groups in service to those touched by “prime of life” neurological disease. For sheer pleasure, Steve treasured time in his kitchen, where he proved to be “a culinary extraordinaire.”