The Urso Summer Student Program in PSP Research supports students conducting summer research projects focused on progressive supranuclear palsy. This program seeks to encourage students at all post-secondary levels to pursue research in this field in the hope of making PSP a long-term area of research interest. Projects may be in basic, translational, clinical or epidemiological aspects of PSP.

The three awardees are:

Grantee: Jacob B. Kantorowitz; University of Pittsburgh School of Medicine 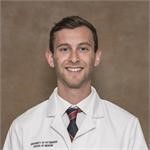 One of the major mechanisms underlying PSP is thought to involve a protein called “tau”. Tau is normally present in nerve cells of the human brain, but in PSP it accumulates in large clumps called “neurofibrillary tangles”. This is thought to be one reason that nerve cells become sick in PSP.

In addition to nerve cells, the human brain contains supporting cells called “glia” that are essential to keep nerve cells healthy and functional. Surprisingly, tau protein also accumulates in glial cells in PSP. It is not known if this causes the glial cells to stop functioning properly – if so, this might be an important mechanism for nerve cells becoming sick in PSP, since nerve cells are dependent on glial cells to stay healthy.

To test this possibility we have constructed an animal model that will allow us to work out whether nerve cells become sick when glial cells accumulate tau protein. The zebrafish is a small freshwater tropical fish that is commonly used as a genetic model in the laboratory. Since zebrafish are also vertebrates, their brains share a surprising degree of similarity to our brains, at both structural and biochemical levels (although the zebrafish brain is much smaller and simpler than ours, making it a good experimental model).

We previously showed that human tau protein can be made to accumulate in the brain nerve cells of a genetically-modified zebrafish, where it causes cell death, a movement disorder and eye movement problems similar to PSP. In this study, we will ask how accumulation of human tau protein in the glial cells of genetically-modified zebrafish affects the health of nerve cells. Our study will show whether loss of supporting cell function caused by tau accumulation is important in PSP, and whether his could be targeted for new therapies. 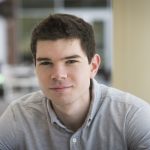 Progressive supranuclear palsy (PSP) and corticobasal degeneration (CBD) are neurodegenerative disorders that involve movement and cognitive dysfunction but have no effective treatments. The progression of these diseases involves the accumulation and aggregation of the microtubule-associated protein tau in neurons and glia of the cortex and basal ganglia. In PSP and CBD, an over-abundance of certain tau isoforms is believed to contribute to disease by causing a cellular imbalance. This accumulation of tau is proposed to be toxic to neurons and detrimental to synaptic integrity. Therapeutic strategies that both reduce harmful tau and reverse synaptic weakening may effectively combat neurodegeneration in PSP and CBD.

Most synaptic connections occur on protrusions from dendrites called dendritic spines. Abnormalities in dendritic spine number, shape, or size have been reported in neurologic disorders, including autism spectrum disorder, Parkinson’s disease, and schizophrenia. In tauopathies such as PSP and CBD, evidence suggests that synaptic degeneration is a contributor of pathogenesis, and therefore dendritic spine numbers and morphology are likely detrimentally altered.

Identifying targets with clinically-available drugs that both reduce tau production and promote synaptic strengthening has been challenging. Our research group has recently identified that levels of a Rho-associated protein (ROCKs) are elevated in PSP and CBD brains. Drug inhibitors of ROCKs are well tolerated in humans and clinically-approved to treat stroke, hypertension, and spinal cord injury. Our group recently identified that treating cultured neurons with ROCK inhibitors both reduces tau production and increases the numbers of dendritic spines. We hypothesize that ROCK inhibitors can be repurposed to combat the over-production of harmful tau isoforms and to reverse tau-induced changes in synaptic structure or number. We believe that the results from this grant will motivate future studies investigating ROCK inhibitors as therapeutic means to tackle PSP and CBD.

Title: iCRISPRa into Neurons to Regulate Autophagic Clearance of Tau

Progressive supranuclear palsy (PSP) is one of at least 13 neurodegenerative diseases classified as tauopathies, which are named after the protein tau that forms insoluble deposits in brain tissue, currently affecting more than 5.5 million Americans. Tauopathy is also observed in patients who encounter frequent and/or severe brain trauma, such as professional athletes and members of the military.

As of today, there is potential for investigation into the cell’s methods of clearing these tau aggregates. However, little is known about how human neurons regulate clearance in response to abnormal buildup of tau protein, in part due to the difficulty recreating the complex nature of tauopathies in mouse brain or in common cell culture models. The proposed study utilizes the differentiating capabilities of induced pluripotent stem cells (iPSCs), made from a skin biopsy taken from a healthy adult. iPSCs are used to form all cell types susceptible to degeneration in the 13 tauopathies.

Our focus will be on neurons and glial cells, the cells showing the greatest degree of accumulation of tau in PSP. Our iPSC line originates from a single healthy adult, but has been further modified to mimic a disease-like state by duplication in the gene responsible for production of tau protein. This cellular model will be used in conjunction with a modern gene editing technique called inducible-CRISPR-activation (iCRISPRa). This technique will allow us to target and artificially activate genes in the autophagy pathway, which is crucial for the survival and recycling of cellular debris in neurons and glial cells, and investigate how autophagy is regulated in response to an abnormal accumulation of tau protein.

The results of this work will allow us to probe the autophagy pathway of diseased neurons and glia in a way not previously possible and will also contribute to deeper fundamental understanding of neurobiology.