From our man on the inside, our PSP correspondent, John Royer.

The following is a fictional story John wrote when in a depressed state in 2016, in order to relieve stress

I had been sick, sick with a neurological disorder that was slowly killing me.

I remember the end stage. I had choked on a piece of bread and because I could not cough it out, it stayed, started to decay. That in turn released toxins into my bloodstream which eventually caused my body to shut down. It was not a pleasant experience. I remember closing my eyes as everything became still. I barely heard my wife weeping as she saw me slip away.

Then everything was nothing, nothing at all.

All feeling had slipped away.

Then I woke up.

I had my body back and it was healthy and I was sitting on a stool in a casino. It was one that my wife and I had gone to. I took her there so that she could play 40 cents at a time. She rarely won but she had a good time while I sat there in a wheelchair and read a book. But it was different now. She was no longer at my side; there was no book, no wheelchair, and no illness. 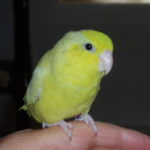 I stood up and started looking around. The casino was exactly as it had been when I had visited there in the past with my wife. I was amazed that I could walk without staggering. Hell, I was amazed that I could walk at all. As my confusion started to subside, I looked for an exit. I could find none and asked people how I could leave the casino. “There is no exit,” one after another exclaimed when put to the question. I walked around the periphery of the casino and could find no door. There were lavatories and eating places but no exit. I became frightened when I realized that I was trapped. I wandered down one aisle after another. The noise of the machines became maddening to me as did the flickering colors of the slot machines. I sat down and put my hands in my pockets. There, I found wads of $20 bills. Feeling a compulsive urge to do something, I started to play at the nearest machine. All around me, the patrons were winning. I was not and I could not figure out why I was trying to win. I shook my head and stood up, getting rid of the compulsion to gamble inside a crazy casino.

Suddenly, a man appeared at my left side and smiled at me. “How do you like it, sir?” I looked at him and felt 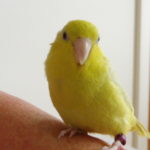 relief. Finally, someone had shown up to help me leave the building or at least to explain what an extraordinary building it was. He seemed to know what I was about to ask because he said, “Sir, you are wondering where you are. Is that not correct?” I answered in the affirmative with a nod of my head while thinking that I was in hell.

“You have been thinking about your past life, especially the times when you were young and uncaring of your actions? You were wishing that you could do it over again, wishing to undo the emotional damage that such actions had caused to the people around you.” I realized he was correct. That had been what I was thinking as I lay paralyzed in the bed, revisiting my teenagerhood.

He asked me to follow him and, since I had no solution of my own, I did so. He led me to a door in the wall that I had not seen before. We entered. He asked me to sit down. “Where do you think you are?” I answered that I had no idea but suspected that I was in hell and all I remembered was my experience as a dying man helpless in bed.

“Comparisons are good for the soul,” he said. “So are life reviews.”

He smiled at me and waved his arm. 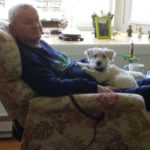 Faster than I could think, I was outdoors. The sky was blue, the grass was green, birds and animals were there, and there was a slight wisp of cloud above my head. Now I was really confused. Was this heaven or was it hell disguised as something pleasant? I pondered this question for a few days and could come up with no solution. In the meantime I made some friends among the squirrels and the rabbits as well as some deer. I pulled up some bushes and found that they were peanut plants and I plucked the peanuts away from the roots and fed them to the squirrels who relished them greatly. The rabbits and the deer chomped away happily on the grass and, in the case of the deer, some shrub type plants. Nearby, they drank from a clear stream of water. I didn’t need to drink and I didn’t need to eat. I felt no hunger which suited me just fine. I guess that I was living on sunlight like a plant. I was happy but lonely and appreciated the company of my furry friends. Some birds that seemed to be parrots appeared in the sky. Eventually, some of them landed on my shoulders and I found them to be my deceased friends from the past. I was overjoyed to see them and hoped that I was truly in heaven. I noticed some sunflower plants and introduced my parrot friends to the flowers and the seeds therein.

Eventually, I decided that I would like a house in order to feel more at home. I did not need one. It was purely an emotional thing. I acted upon the impulse and had a great time. I needed no plans. I simply thought about a thing and it appeared. I had always liked the architecture of ancient Rome and decided that would be the motif for my building. I imagined walls of marble, floors of granite, and a roof of teak wood. Teakwood wasn’t exactly what the Romans used but I liked the idea so I went with it. My friends were all around me as I imagined soft, plush chairs and Persian rugs and they started to appear. The windows were simply openings because I had no need of screens. Warm air flowed through the building and had a perfumed scent from all the flowers outside. A very long time passed and the building was as complete and ornate as I desired. I waited to see someone but was disappointed when none appeared. Books to read appeared when I wished to read something to pass the time. It was nice not to have eyeglasses upon my nose for the first time in my life.

Life? A strange word to use now.

Then one day something happened.

As quick as a thought, I was outside the front doorway of my home. I felt a spirit nearby. Was it the man from the casino? It spoke and told me that two years had passed upon the earth. It was not the voice of the man. It was the voice of someone else.

The disembodied voice was playing games with my feelings.

Even my small friends were silent.

And then something happened.

A blurred female shape appeared to my right.

Slowly, her features started to clear up.

She said that in the two years since my death, her heart had failed and she had died in her sleep. Her features formed into a familiar face.

“Yes it can,” she laughed in a melodious voice that I knew so well.

On a funny note…

In June of 2017, we went to a casino on the site of Bethlehem Steel’s graveyard for her birthday so she could make 40 cent bets for five hours while I sat in a wheelchair and read a good book.

What won’t I do for that woman?

At least she broke even.