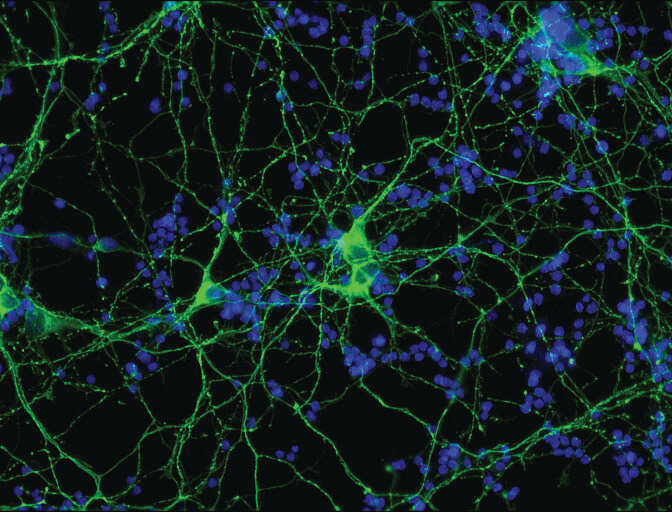 CurePSP has always believed in the collaborative nature of research. By combining the work of scientists who have produced compelling research in targeted areas, we can build an integrated and comprehensive picture of PSP and CBD at pre-clinical and clinical levels. Past recipients of the Venture Grant are committed to understanding all aspects of these diseases, and look forward to building therapies that will change the lives of patients. As this spring’s Venture Grant deadline approaches, we check in on previous winners to see what they’ve been up to, what’s been exciting them, and their plans for the future.

Building on a 2018 paper that describes intrabodies that preserve the brain cells lost in Parkinson’s disease, Dr. David C. Butler is currently developing intrabodies designed to prevent tau accumulation and preserve brain cells in PSP. Intrabodies are antibodies produced not by the immune system, but by the cells where the disease process that they target is located. The researcher inserts DNA encoding the antibody into cells using a harmless virus. Butler is using degrons, which he calls biological “routing numbers” attached to tau to direct the misfolded tau proteins to the “trash.” Butler’s intrabodies are bifunctional, meaning that they would both attach to tau protein and to the cell’s trash disposal machinery.

“Right now we have something that we see reduces pathology in our immortalized cell culture conditions,” Butler said. The next step would be an animal model.

Butler joined the Neural Stem Cell Institute (NSCI) in 2015. He was drawn by the lab’s ability to test intrabodies in human disease models in addition to immortalized cells, which he says more closely matches the human brain and raises the chances of a clinical trial having a real impact. Butler plans for the intrabodies to be administered as a one-and done-therapeutic, but before that he needs to conduct animal studies to determine the lowest amount of intrabody that can be delivered to block tau.

Dr. Rachel Bailey hopes to stop the tau protein before it is even created. She is working on a therapy that would silence the gene encoding the abnormal tau protein while simultaneously expressing one encoding tau with a shape less likely to misfold into a disease-causing form. The treatment is designed to be a one-and-done therapeutic in the form of a virus, which Bailey calls the “delivery truck” for the therapeutic gene to get into the brain cells. The effects of losing our natural, in-born tau remain unknown, but Bailey’s therapy would compensate for the loss of native tau with a healthy, artificial replacement.

Bailey, who worked on tauopathies as a graduate student and on gene therapy for rare pediatric disorders as a postdoctoral fellow, combined the two areas when she opened her lab at UT Southwestern in 2018. Bailey wanted to use gene therapies for tauopathies, and her new lab was the perfect opportunity to explore that idea. After taking some time to assemble the necessary resources and right group of researchers in her lab, Bailey is optimistic about what lies ahead.

“It’s taken some time to establish a really good team,” Bailey said. “But now we are poised to drive forward these ideas and concepts.”

Bailey says that they have already been successful in replacing some of the tau protein in tests, but they still need to determine how well the system works in a whole, living organism.  She is very excited for the possibility of developing these drugs for use in clinical trials.

“I want to be able to have a positive impact in someone’s life during my lifetime,” Bailey said. “I like being in a lab where we are translational and try to move our drugs to testing in humans so that there are new possibilities for those living with these diseases.”

Dr. Marta Olah is studying the role of microglia phenotypes in patients with PSP and CBD. A phenotype is a trait, be it a normal variant like red hair or an abnormal variant like having a disease. Microglia have long been known to be the immune cells of the central nervous system (brain and spinal cord), but very recently scientists have discovered microglia’s role in spreading abnormal tau through the brain. This spreading of abnormal tau from affected brain regions to unaffected regions in mouse models of tauopathies highlights the importance of studying microglia phenotypes in human primary tauopathies, such as PSP and CBD. She hopes that a better understanding of the microglial expression phenotypes present in PSP and CBD will lead to more effective treatments.

“If there was some marker we could use to reflect central nervous system changes then it could also be used for prognosis as well as in clinical trials to assess efficacy,” Olah said.

One way to study microglia phenotypes is to study their gene expression at the single cell level. Olah has been collecting microglia single cell gene expression samples from many neurodegenerative diseases including Alzheimer’s disease (AD), amyotrophic lateral sclerosis (ALS), and Lewy body dementia (DLBD), and was able to identify disease-specific microglia phenotypes in AD as well as in ALS. Utilizing the CurePSP grant, she now hopes to extend these studies to PSP and CBD to identify the microglia phenotypes specific to those diseases, including the microglia subsets, that are involved in tau propagation. Olah says that pinpointing the microglial phenotypes associated with the spread of tau could help develop diagnostic tools such as a PET tracer to indicate the exact stage of disease progression. This could be very important information for future therapies.

Olah also notes that her studies have found the same microglia phenotypes in every brain, but different relative abundances depending on the disease. She wants to continue exploring microglia phenotypic heterogeneity in neurodegenerative diseases to measure the disease relevance of these different phenotypes and to describe their function and how their differentiation is regulated. She is also eager to explain just how microglia contribute to the spread of tau through the brain.